﻿ Carolyn Hax: I think I ruined my relationship with my mom - hblandaofu.com

Carolyn Hax: I think I ruined my relationship with my mom 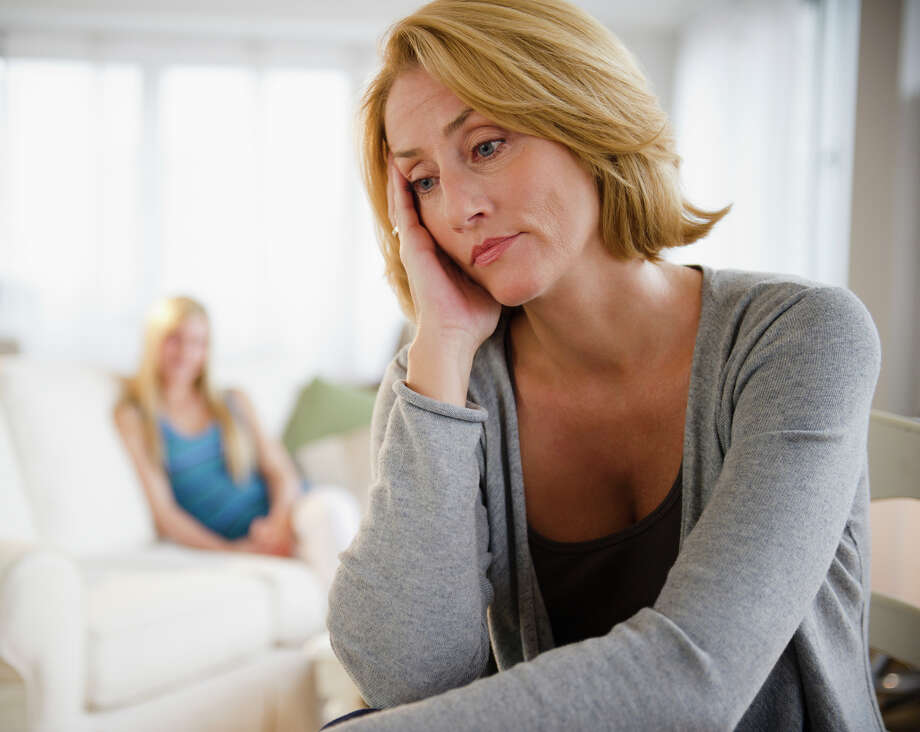 Carolyn Hax says "If she really did declare she's too hurt to be your friend ever again (!), then your mother broke -- shattered -- this contract with you."

Carolyn Hax says "If she really did declare she's too hurt to be...

I am a 17-year-old senior in high school. Up until a few days ago, my mom was my best friend.
Then I said some hurtful things to her in anger, including the fact I couldn't wait to get away from her (and go to college). I have apologized, but, understandably, my mom is still incredibly hurt.

Our relationship is now strained and I don't think my mom and I will ever have the same friendship we did before. She told me this wasn't the first time she has felt betrayed by hurtful things I've said (I can say very harsh things just to hurt people in fights), and therefore she is very skeptical of becoming friends with me again.

I don't want to spend the rest of my life having an awkward, emotionless relationship with my mom. Please help me.

Someday your mother may be your best friend, but she isn't now, nor was she before. Being the mother and friend of a minor child are mutually exclusive. Until you're an independent adult, it's a parent's job to set limits for you, make unpopular decisions on your behalf, and say, "You're not leaving the house dressed like that." If my friends tried these, we'd be having a very long talk.

In other words, she's supposed to be the mature one who keeps you safe from your own immaturity. A parent can protect a child only so much, obviously, and as the child grows the protective scaffolding needs to come down incrementally. But still, a parent is a child's primary source of the long view -- on the child's behavior and on the greater world.

If she really did declare she's too hurt to be your friend ever again (!), then your mother broke -- shattered -- this contract with you. It would mean she took personally (your hurtful outburst) what a parent has to take generically (your developmental phase). That suggests she has an adolescent's nearsightedness herself, taking your harshness as the be-all, just as you're taking this awkwardness as the end-all

Kids shouldn't, but often do, say some horrible things. Good parents respond by attaching proportionate, meaningful consequences that also say, "I was here before this adolescent posturing, I'm here during it, and I'll be here after it passes." The long view.

Do you agree with Carolyn Hax? Comment on this advice

Key to this exchange is a hierarchy. It requires a superior and a subordinate -- the mature provider of bedrock love, and the subordinate that love supports.

Your mom -- again, by your account -- is acting out her hurt feelings by threatening to withdraw from you. That's the reaction of an emotional peer, a you-hurt-me-so-I'm-through-trusting-you response. That's not losing a friend, that's losing your bedrock. Assuming you ever had it.

Maybe she has squared her shoulders by now and set things right -- and started a conversation about your penchant for spewing daggers. Your school counselor's office would be a good place to bring this discussion regardless.

Harsh words are the wrong means, always -- it's especially important to know this if drama and neediness are the norm from mom. However, please know that differentiating yourself from parents is healthy. All parents teach their children two things: how to be, and how not to be. Your fight with Mom says it's time to start sorting the two.